Everything You Should Know About NFC and Bluetooth Pairing 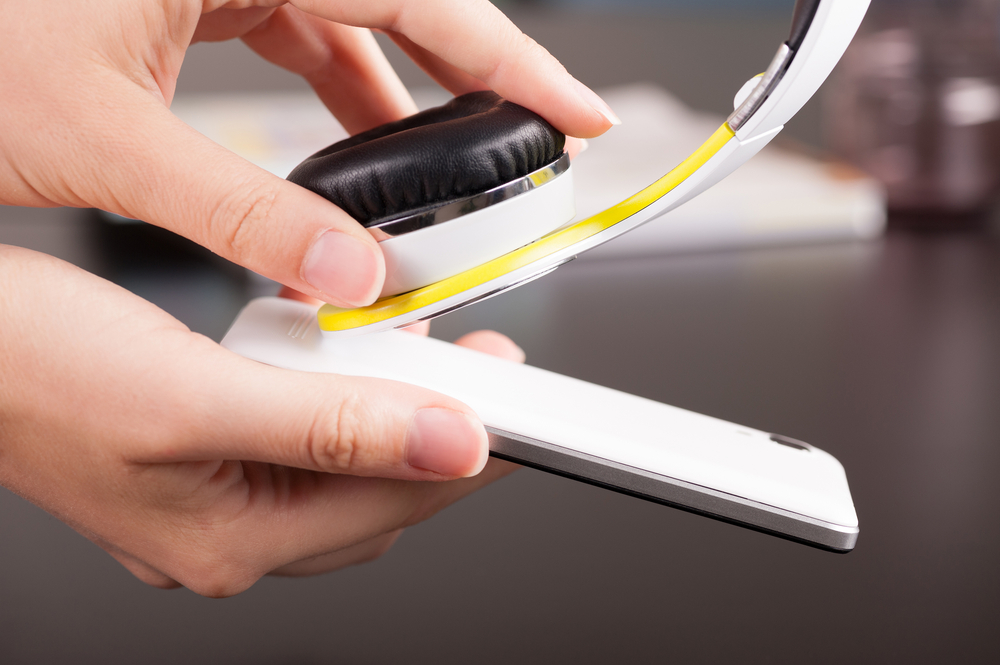 Bluetooth has become mainstream technology over the past two decades, but it wasn’t always so commonly used. Many of us remember seeing people in the store or a restaurant using wireless headsets for the first time and wondered why that person seemed to be talking to themselves.

These days we don’t think too much about the impressive technology, but it has come a very long way from its humble beginnings. And it has also combined with other forms of technology to make staying connected to our favorite things even easier.

Why is it Called Bluetooth?

This question comes up quite often when the history of Bluetooth is discussed. Partially because the name is so obscure. The technology got its name from the Danish King Blatand who helped to combine the areas that we now know as Sweden, Denmark, and Norway. He was able to combine these unlikely allies the same way that Bluetooth technology can be used to connect different brands. King Blatand was also known for his love of blueberries and was rumored to often have blue teeth because of how much he ate his favorite fruit. Even the design of the logo for Bluetooth has a link to ancient history. It is a combination of the Danish runes of H and B.

The Downside of Bluetooth Technology

Bluetooth doesn’t require the use of cables or wires to work. While that is one of the technology’s advantages, it can also be looked at as a disadvantage. Unlike sharing a link using a cable, a wireless connection shares a medium, which means that both devices must communicate with one another before a connection can be made. This can sometimes be more difficult than having a simple cable to connect the two. Bluetooth uses a process known as pairing that prompts one device to search for another. Once two Bluetooth devices connect successfully, they will automatically connect any time after that. Plus, if you share Bluetooth-enabled products such as Sony Bluetooth headphones, they will automatically pair to the last device they were connected to. Which means that you will need to go through the pairing process again if that device was not your own.

That may sound like a straightforward process, but it isn’t always that easy. It can take some time for many devices to discover other Bluetooth enabled gadgets in its area. And it can be difficult for some of these products to determine the difference between items. The auto-connect feature isn’t very helpful. Plus, there are some consumers who wonder how far does Bluetooth reach, which is usually a range of 33 feet.

NFC Vs. Bluetooth, which is Better?

To solve the issues that are synonymous with Bluetooth connections, some companies and consumers alike have switched to using NFC. This low-key form of technology transmits a smaller number of kilobits per second that don’t reach the same range as Bluetooth’s signals. Yet it is still able to get the job done in the same manner. The proximity of NFC pairing means that if you want to connect two devices such as a pair of NFC headphones with your iPhone, then you will need to do it right then and have them close by. Auto-connect will not work, but you will be more likely to have a secure connection much faster.

NFC offers the “tap to connect” process that can make the paring and connection process much simpler. But does that make NFC better than Bluetooth?

It really comes down to what the user needs the devices for and what they prefer. If they are the sole user of their Bluetooth devices, and want everything to auto connect for ease of convenience, NFC would not be the best choice for them. However, if you share your devices with others, and want the option to reconnect your smartphone to a pair of headphones for example, or if you often have trouble pairing your devices, you may want to look unto NFC compatible items instead. Or consider purchasing combinations devices such as NFC Bluetooth speakers.

The combination of NFC and Bluetooth Technology can be a great improvement, and the good news is that these two groups are working together to create compatible products that are easier to use and connect with one another. The two organizations, Bluetooth SIG and the NFC Forum came together in 2011 to publish The Bluetooth Secure Simple Pairing Using NFC document, which has been used by countless developers ever since then.

Bluetooth technology is still advancing and getting better with each new software version release. Version 4 included the addition of Bluetooth Low Energy, which uses the same 2.4 GHz radio frequencies as the Classic Bluetooth and allows dual-mode devices to share a single antenna. The advantages of this update include lower power requirements, the ability to work for months, or even years on a single button cell battery. Products operating on these devices are small and compact, and compatible with a long list of mobile phones, PCs, and tablets.